Initial findings from the CTOP study and how they could apply to clinical practice.

Peripheral artery disease (PAD) affects millions of patients worldwide.1 Chronic total occlusions (CTOs) are often seen in patients with PAD and can occur in multiple vessels. CTOs are dense, collagenous, and have varying degrees of calcification, obstructing blood flow to distal vascular beds. Given their obstructive nature, attempts to cross CTOs during catheter-based interventions are often unsuccessful. Unless a CTO can be traversed, no therapy can be delivered. This article discusses a proposed method of using plaque cap morphology to help determine the approach to CTO crossing. 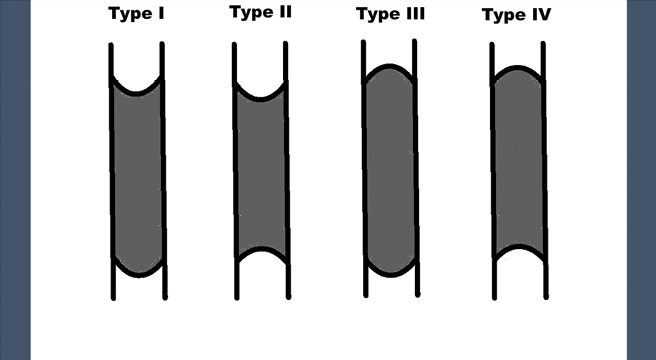 The CTOP (CTO crossing approach based on plaque cap morphology) study was designed to evaluate whether plaque cap morphology can be used to predict the success of different interventional approaches (antegrade vs retrograde vs combined antegrade-retrograde) in traversing CTOs.2 In this study, imaging and procedure data from 114 patients with PAD who underwent endovascular intervention and were subsequently enrolled in the PRIME registry were retrospectively analyzed. Generally, an interventionalist’s approach to traversing a CTO depends on his/her experience, available tools, and the center’s experience in treating patients with CTOs. The choice of crossing technique in this study was at the discretion of the operator. The traditional way of crossing the CTO centers on obtaining common femoral artery access and traversing the occlusion from a proximal approach toward the foot. Success with this approach is inconsistent, with failure rates of up to 40%. Tibiopedal access has been utilized to increase the success rate of crossing a CTO.3,4

In the CTOP study, there were four possible combinations of proximal and distal CTO caps (Figure 1). Caps were assigned a number from I to IV; the higher the number, the higher the lesion complexity, theoretically making them more difficult to cross from a traditional antegrade approach. Table 1 shows cap characteristics when describing them from an antegrade approach. Note that the CTOP classification does not consider occlusion length, amount of calcium, or the presence and quality of collateral arteries between the proximal and distal CTO caps.

To the best of our knowledge, this system is the first to classify peripheral CTOs based on proximal and distal cap morphology and compare cap characteristics with the likelihood of using the traditional antegrade approach to cross the lesion. This proposed CTOP classification may help interventionalists in treatment planning, including the approach to access and crossing, which could save time, improve efficiency, and decrease radiation and contrast exposure.

In addition to categorizing CTOs, we tracked how often tibial access was planned or performed as a bailout strategy if the traditional approach failed. Incorporating CTOP classification via extravascular ultrasound (EVUS) guidance and using retrograde tibiopedal access (in CTOP types II, III, and IV) for CTO treatment improved procedural success and decreased complications in this patient population that often requires multiple revascularization procedures.5 More than two-thirds of cases used retrograde tibiopedal access with EVUS guidance, and this was a determining factor in increasing the success rate of crossing and treating the CTOs (22% of CTOs were crossed using retrograde approach, and 39% were crossed using a combined antegrade-retrograde approach). Furthermore, in a multicenter registry examining outcomes related to tibiopedal access in 197 patients, the rate of complications related to ­tibial access was low, with a < 1% rate of vessel thrombosis, dissection, or hematoma reported.6

The traditional antegrade approach may provide a false sense of security and may not benefit the patient in some cases (eg, additional hospitalization, anesthesia, other complications) if the operator chooses to stop and reschedule the patient for another procedure. We have proposed a crossing algorithm based on the CTOP classification, as well as predictors of pedal access or antegrade and retrograde crossing based on findings of the CTOP study (Table 2). For long (> 10 cm) and heavily calcified CTOs, retrograde tibiopedal access tends to be used most often. Type I CTOs appear to have the highest rate of crossing success with the traditional antegrade approach. Type II CTOs were the most commonly identified, and they had a proximal cap morphology that was technically easy to cross with the traditional antegrade approach. However, once the distal cap was reached, the antegrade convexity (equal to retrograde concavity) would deflect the available crossing tools toward the subintimal plane (and even out of the arterial lumen, which could lead to perforation in extreme cases). Easier crossing of the distal cap’s retrograde concavity can be achieved by using a planned retrograde tibiopedal access approach.

Because their cap morphology deflects crossing wires into the subintimal plane with either an antegrade or retrograde approach, type III CTOs were the most challenging type of lesion to cross. Therefore, it is recommended that both antegrade and retrograde access be used, given that these cases may be more time consuming and require the use of advanced techniques and reentry devices.

Type IV CTOs were the second most frequently encountered lesion type. These lesions were most easily crossed in a retrograde fashion because both the proximal and distal caps have retrograde concavity. In type IV, the operator can treat from a pedal approach (ie, tibiopedal arterial minimally invasive retrograde revascularization technique) or snare the retrograde crossing wire and deliver therapy from a traditional common femoral artery access.

The CTOP study is the first to categorize peripheral CTOs and identify factors requiring retrograde pedal access. This approach is safe and highlights the benefit CTO mapping and tibial access. CTO mapping using the CTOP classification may increase success rate of crossing without increasing the rate of complications It should be noted the CTOP classification does not take into consideration collateral flow and does not account for additional CTOs between the proximal and distal caps. However, we believe that the simplicity of the classification makes it very practical.