Case Report: Treatment of a Juxtarenal Aortic Aneurysm With a Relay®Plus Stent Graft and a Fenestrated Anaconda™ Device

A RelayPlus stent graft was used to create a proximal landing zone for a Fenestrated Anaconda device in a patient with a juxtarenal AAA, penetrating aortic ulcer, and dilatation of the descending thoracic aorta.

In some cases of juxtarenal abdominal aortic aneurysm (AAA), the paravisceral segment is not suitable for a branched endograft due to space restrictions. The creation of a proximal landing zone using a thoracic tube graft in combination with a Fenestrated Anaconda device (Terumo Aortic) implanted distally may represent a feasible treatment option. This article describes a patient with a juxtarenal AAA with a narrow visceral aortic segment but no adequate landing zone for a fenestrated endograft proximal to the celiac artery. 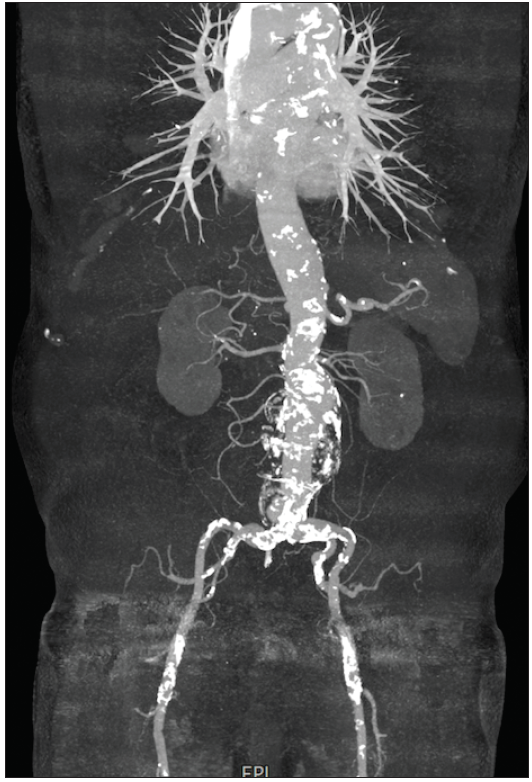 Figure 1. Preoperative CTA showed a juxtarenal AAA (maximum diameter, 82 mm), a penetrating aortic ulcer at the level of the SMA, and dilatation of the descending thoracic aorta (maximum diameter, 29 mm). Due to aortic wall thrombus, the supraceliac segment of the aorta was not an adequate landing zone. 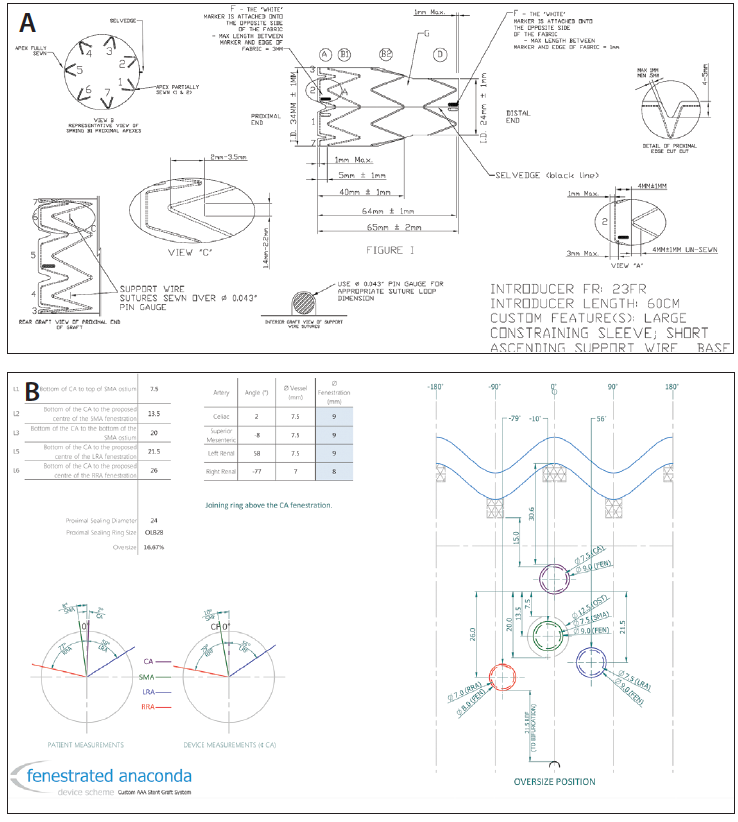 Figure 2. A custom-made RelayPlus device, tapering from 34 to 24 mm at a length of 65 mm (A) served as a proximal landing zone for a bifurcated Anaconda device with four fenestrations (B).

Figure 3. The position of the celiac trunk was marked with an angiographic catheter (A) and the thoracic tube graft was delivered at the cranial rim of the vessel ostium. After correcting the parallax of the distal end of the thoracic endograft, the renal arteries were identified by angiography in a 2° LAO position (B) and the fenestrated device was released (C).

The decision was made to implant a custom-made RelayPlus device (Terumo Aortic) in the distal descending aorta that was 65 mm in length and tapered from 34 to 24 mm (Figure 2A). This was to serve as a proximal landing zone for a Fenestrated Anaconda device (Figure 2B). The operation was performed under general anesthesia after insertion of a spinal catheter to monitor fluid pressure during surgery. Surgical access was gained via an oblique mini-incision in the right groin and percutaneous puncture of the left common iliac artery. The thoracic graft was delivered via the right groin and released immediately proximal to the celiac artery in a 90° left anterior oblique (LAO) position of the C-arm after angiographic identification of the vessel and insertion of a catheter to mark the position (Figure 3A). Then, the Fenestrated Anaconda device was inserted. After correcting for parallax of the distal end of the thoracic endograft, the renal arteries were identified by angiography in a 2° LAO position (Figure 3B) and the fenestrated device was released (Figure 3C). Sequential cannulation of the target vessels was performed using a steerable sheath (TourGuide, Medtronic), and a connection was achieved using covered peripheral balloon-expandable stent grafts (Advanta V12, Getinge). Connecting stents were oversized by 0.5 to 1.0 mm (7%–14%) compared to the target vessels and flared with 20-mm percutaneous transluminal angioplasty (PTA) balloons oversized 3 to 4 mm compared to the fenestration (25%–33%; Powerflex Pro, Cordis, a Cardinal Health company). After connecting the iliac limbs, PTA of the iliac axis was performed using 12-mm PTA balloons in a kissing balloon fashion. Completion angiography showed good perfusion of the target vessels with no sign of a type I or type III endoleak. This was confirmed by CTA on postoperative day 7 (Figure 4). The patient was discharged on day 10, and follow-up CTA 3 months after surgery demonstrated a good surgical result with no endoleaks and no graft migration. 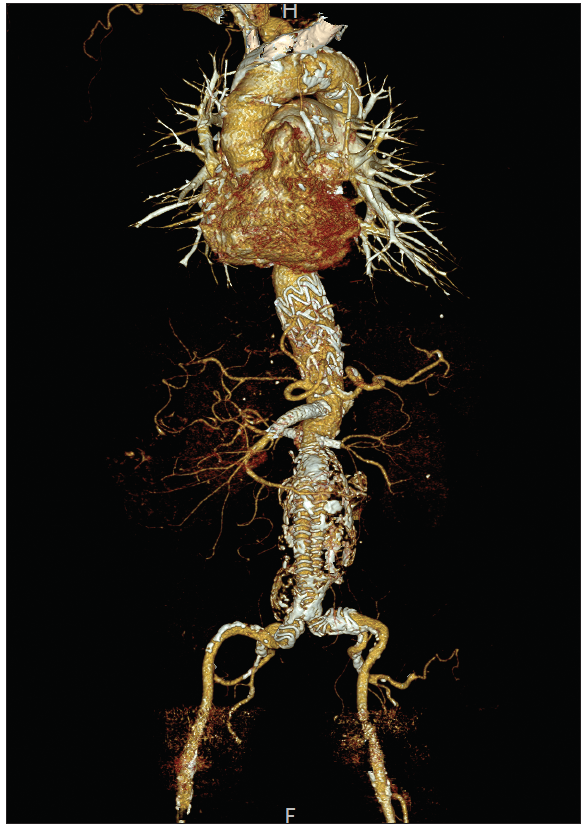 Figure 4. CTA performed on day 10 after surgery confirmed complete exclusion of the aneurysm and unimpaired flow to the target vessels.

Recent developments and improvements of endovascular techniques have made endovascular aneurysm repair the most common treatment option for AAAs.1,2 Clinical results after complex endovascular procedures, such as branched and fenestrated endo-vascular repair, have been encouraging.3 As a result, custom-made devices have become widely popular over the last decade.4-7

However, anatomic restrictions apply, even for custom-made devices. Some juxtarenal AAAs lack a landing zone proximal to the celiac trunk, making isolated treatment with a Fenestrated Anaconda graft unfeasible. For many of these cases, the use of a branched graft may not be indicated due to a narrow paravisceral segment. The creation of a proximal landing zone using a RelayPlus stent graft with a Fenestrated Anaconda device implanted distally to provide an adequate paravisceral landing zone while preserving blood flow to the visceral and renal arteries can be considered as a treatment option in some of these anatomic situations.