The JOTEC E-xtra DESIGN ENGINEERING is available under CE Mark only and is not approved in the United States.

The incidence of thoracoabdominal aortic aneurysms (TAAAs) is 6 out of 100,000 cases.1,2 Today, endovascular aneurysm repair (EVAR) is considered the gold standard for the treatment of TAAAs.3 It is superior to open surgery when it comes to morbidity and mortality in the short-time results,4,5 but it is still challenging. Widely spread is the application of prostheses with outer branches (branched endovascular aneurysm repair [BEVAR]), as well as fenestrations (fenestrated endovascular aneurysm repair [FEVAR]). Also, the combination of BEVAR and FEVAR is used in certain anatomic situations. BEVAR has the advantage of flexibility and a long overlapping zone between branch and bridging stent, which reduces the chance of the development of a type III endoleak, but on the other hand, it needs enough space between the main body and the aortic wall. FEVAR needs less space, but there is nearly no sealing zone between the fenestration and the bridging stent, which could lead to a type III endoleak or even kinks or fractures in the bridging stent. Overall, BEVAR is considered the best approach for the treatment of types II and III TAAA (Safi classification), whereas types I, IV, and V need mostly a combination of FEVAR and BEVAR because of the smaller diameters in the distal landing zone (type I and type V) or in the proximal landing zone (type IV), depending on the morphologic and anatomic situations. 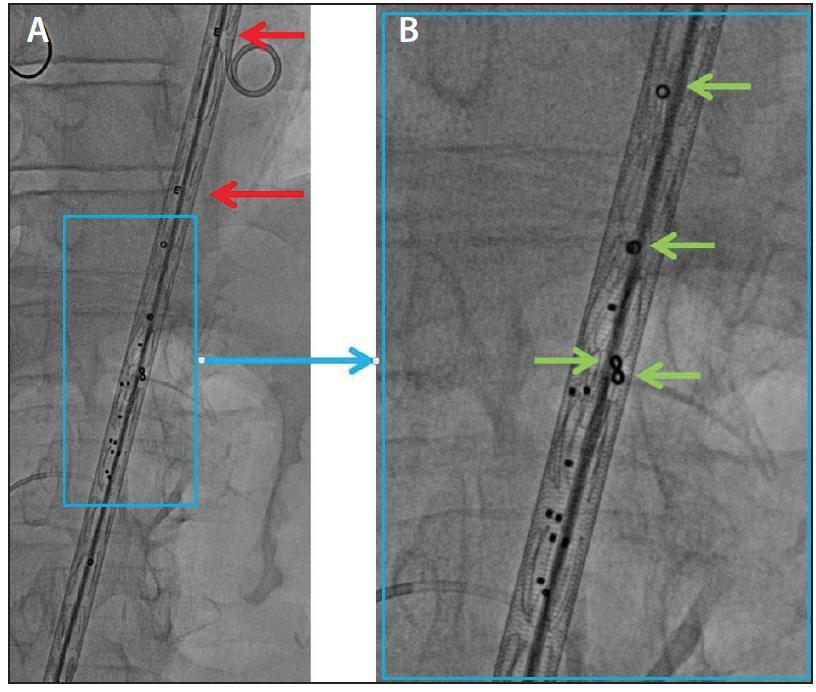 All these problems make it difficult to develop an off-the-shelf prosthesis that could be used in emergency or urgent cases. Endovascular treatment of TAAAs is a domain best suited for custom-made technology, but the time and expense involved in developing such a prosthetic are self-limiting factors.

After some prototype implantations since 2013, we successfully treated 19 patients (14 men) with a median age of 72 years (range, 57–83 years). The total number of target vessels was 75 (one patient had a single kidney) using inner branch BEVAR with the funnel-like ostium (23 retrograde and 52 antegrade branches). Referring to Safi’s classification, six patients had type II TAAA, one patient had type III, and 12 patients had type IV.

Fenestrated and branched endovascular aneurysm repair (F/BEVAR) are widely used throughout the world, thanks to their satisfying midterm results for the treatment of thoracoabdominal aortic aneurysms (TAAAs). The widespread adoption of such a solution is mostly due to the latest evolution in this technology, the standardization of the procedures, and the high number of patients suited for this approach. Nevertheless, there are a number of patients who are not suitable for standard F/BEVAR due to particular anatomic characteristics, such as extreme aortic angulations, which have been more frequently seen in the descending thoracic aorta. Other factors, such as aortic diameters, may favor the choice of fenestrations over branches. For instance, a relatively small aortic diameter (typically < 28 mm) is prohibitive for the use of four outer branches because it may hinder the correct opening of the branches.

However, inner branches represent a new adjunct that can overcome the aforementioned limitations and expand the endovascular portfolio of solutions for TAAAs.

A 76-year-old woman presented with a TAAA involving the aorta from the left subclavian artery (LSA) to the infrarenal section. She had undergone an open arch replacement in which the supra-aortic trunks, particularly the LSA, were reimplanted with a very uncomfortable angle of 90° (Figure 1), which, combined with the extreme angulation at the diaphragmatic level, prevented us from planning a classic antegrade outer branch–based repair. On the other hand, the aortic diameter was too large to use a custom-made device with fenestrations. Based on these considerations, we decided to use a thoracoabdominal graft for this patient with three retrograde inner branches, destined for both renal arteries and the superior mesenteric artery, while we chose to take the risk of a failure only for the celiac trunk, as we were forced to plan at least one antegrade inner branch due to the close proximity between the vessels (Figure 2). The procedure was initiated with the implantation of two RelayPlus modules (Terumo Aortic) to gain the proximal neck. 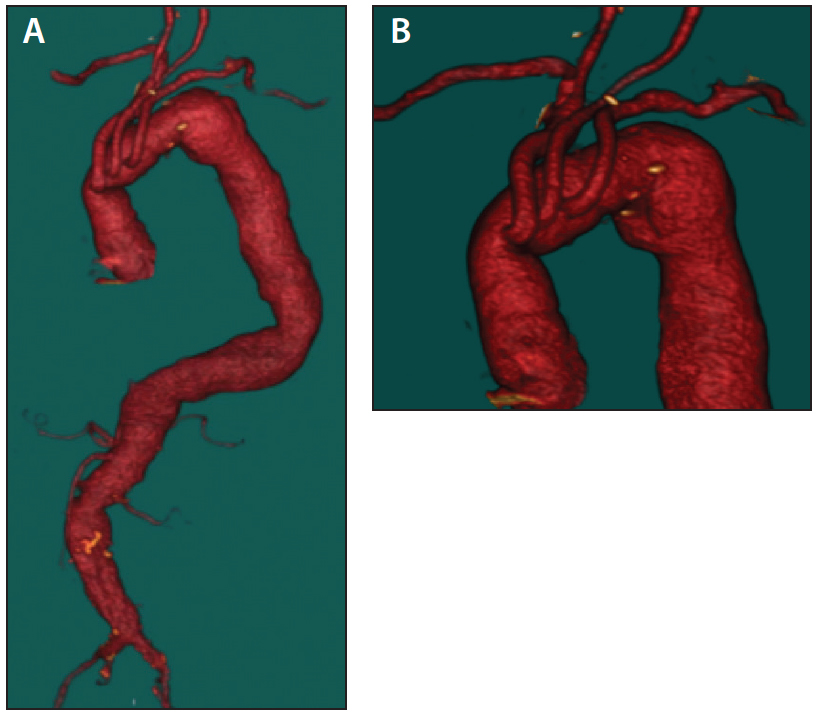 Figure 1. CTA volume rendering of the residual TAAA (A). The supra-aortic trunks have been reimplanted with a 90° angle, which makes catheterization from a brachial access uncomfortable (B). 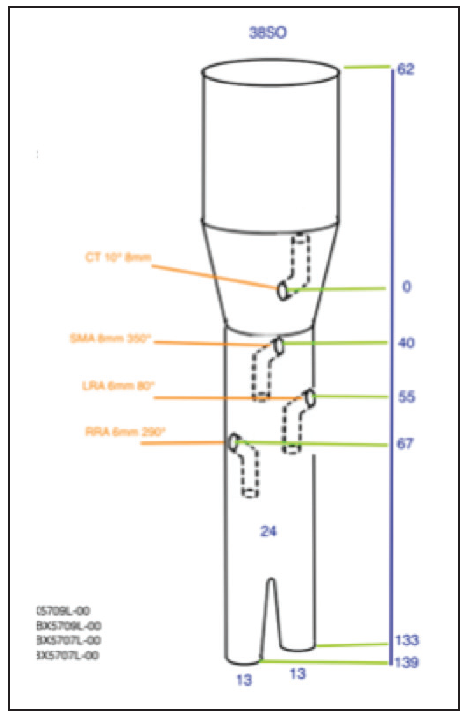 Figure 2. A custom-made graft with three upward and one downward branch is planned.

Subsequently, the custom-made JOTEC graft was delivered. The correct marker alignment was easy to achieve because only a few markers had to be taken as a reference—in particular, the “E” marker. The release has to be accurate because there is no space for repositioning and the device is opened from the first release to the nominal diameter, which, in certain cases, can be very close to the aortic diameter. After complete deployment of the graft, the inner branches were catheterized.

Regarding the catheterization process of retrograde inner branches, the “inner gate” has been extremely manageable. Because the inner branch is diamond-shaped and has an average length of 20 mm, the opening to the target vessel ostium could facilitate a certain freedom to operators. Once the graft is opened, the inner branch outlet would face exactly in the direction of the intended visceral vessels, just like fenestrations. The three retrograde inner branches and respective target vessels were very easy to catheterize. For bridging, BeGraft Peripheral Plus stents (Bentley InnoMed GmbH) were used.

Although the dedicated inner branch was not difficult to catheterize, we did not succeed in catheterizing the celiac trunk. The main problem was the lack of maneuverability resulting from the angulations presented by the descending thoracic aorta. After several failed attempts, we decided to close the dedicated inner branch and embolize the celiac trunk ostium via the left femoral access. The implantation was then completed (Figure 3).

This first case, despite the loss of one vessel, taught us the value of inner branches as an alternative to classic outer branches. Since this experience, we have begun to regard this approach as a valuable alternative in cases of anatomic limitations to classic fenestrations and branches.

In patients with small-diameter aortas, we have found value in using inner branches. In one case, a young patient had a pararenal aneurysm and could not undergo an open surgery due to comorbidities. The suprarenal diameter was 25 mm, so we chose the inner branch solution, combining both antegrade and retrograde branches with a satisfying result (Figure 4 and Figure 5). 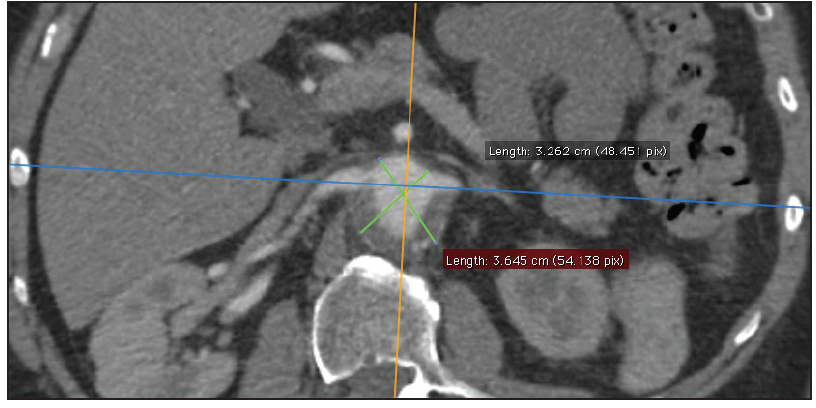 Figure 4. The pararenal aortic diameter is borderline for branch use.

As we gained more experience with this adjunct, we began to treat more challenging cases (Figure 6 and Figure 7) in which a previous arch chimney was realized for an arch aneurysm exclusion with a single parallel graft on the innominate artery and a carotid-to-carotid-subclavian bypass. Three years later, this patient developed a distal growth involving all of the thoracoabdominal aorta, which we treated with antegrade inner branches with a satisfying result. As shown by this experience, as we grew more accustomed to using the technology, we were able to treat more difficult cases, for example, those in which upper access was prohibitive. 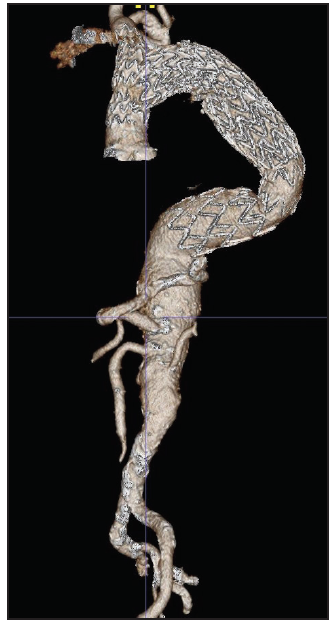 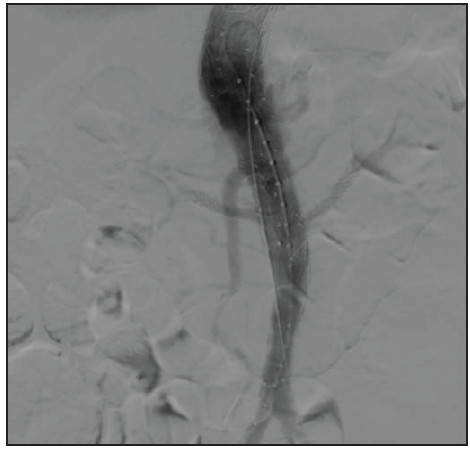 Figure 7. Final angiography showing the good procedural result of the JOTEC custom-made device implantation: the graft has only retrograde inner branches to avoid the arch previously treated with an arch chimney.

Different techniques have been used in the treatment of complex aortic pathologies when standard stent grafts could not be used due to anatomic limitations. For instance, the parallel graft technique, the application of endoanchors, or the use of custom-made devices are some potential solutions.

Since Chuter and colleagues implanted the first customized branched endograft in 2001, the technology has increasingly evolved to treat patients with varied anatomies and complex pathologies.1 This technique has been demonstrated to have favorable results according to outcome data.2,3 The use of custom-made devices has greatly increased because a device designed specifically for each patient’s anatomy leads to better results in terms of durability.

A 79-year-old man was referred to our department for endovascular repair of a 6.5-cm suprarenal aortic aneurysm. The patient was a former smoker with a history of chronic obstructive pulmonary disease, atrial fibrillation, benign prostatic hyperplasia, duodenal ulcer, and digestive hemorrhage (1 year before).

A four inner branched endograft was designed and manufactured by JOTEC’s E-xtra design engineering team for this case (Figure 2). 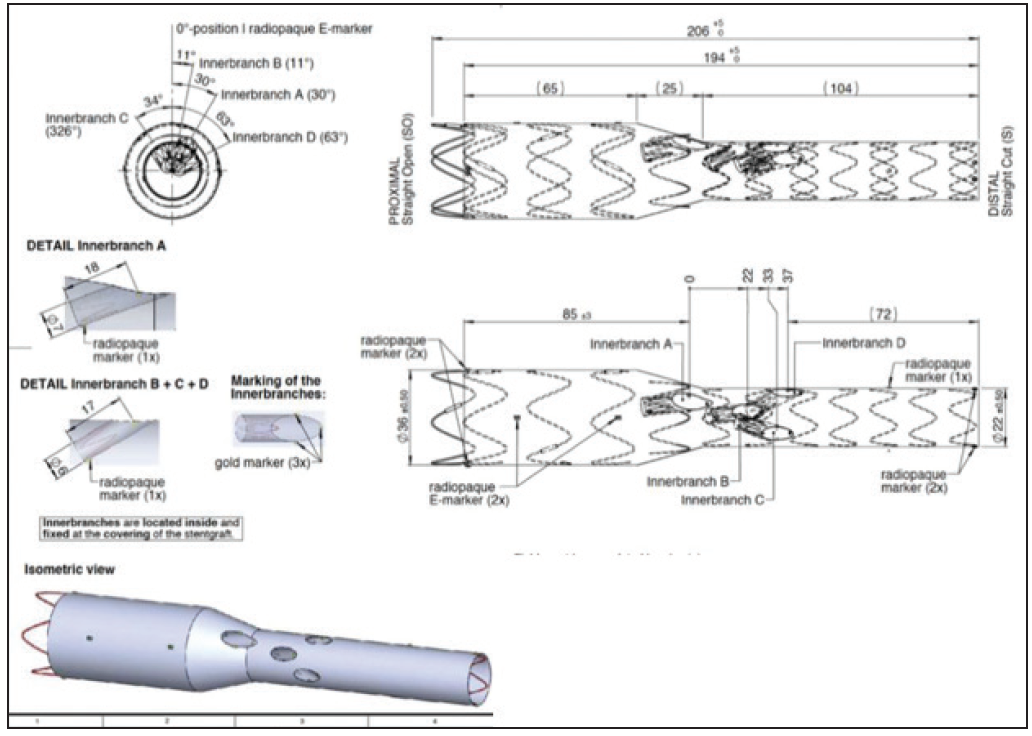 We decided to perform a staged procedure. In the first stage, we treated the thoracic aorta segment with a TAG conformable endoprosthesis (Gore & Associates) with proximal sealing distal to the left subclavian artery and distal sealing 1 cm proximal to the celiac trunk.

Three weeks later, the second stage was performed. Under general anesthesia, percutaneous access was achieved at both common femoral arteries and cut-down access was achieved at the left axillary artery. Two Perclose ProGlide suture-mediated closure devices (Abbott) were used for both femoral access points, and 5,000 units of heparin were administered. From the left femoral access, the left renal artery was marked with a guidewire and the custom-made stent graft was delivered percutaneously via the right femoral access.

The deployment was facilitated by the E-marker and the four inner branch markers. The graft was opened up to 0.5 cm above the ostia of the visceral vessels and, taking the guidewire of the left renal artery as reference, it was deployed overlapping with the previous thoracic graft.

We removed the endograft delivery system from the access vessel, restoring flow to the pelvis and the lower limbs. A final angiogram was obtained, and no leaks were observed with the patency of all the visceral vessels.

The patient was discharged 3 days after surgery. Follow-up CT scans (1 month and 1 year after intervention) showed good sealing with patency of all the visceral vessels without any endoleak (Figure 3).

Figure 3. One-year follow-up CT showed no leaks and good conformability of the bridging stents and the inner branches.

Inner branched endografts are another tool in our armamentarium for the treatment of complex aortic pathologies, and they can be used in cases not suitable for fenestrated or external branched devices.

The prolonged duration of complex procedures may lead to potential consequences of pelvic and limb ischemia, resulting in poor outcomes. For outer branched endografts, we need a minimal aortic lumen of approximately 26 to 28 mm, and when compared with the inner branch technology, the lumen diameter is required to be at least 22 mm.

With the inner branch technology, the distance between the branch and the target vessel is smaller, so we can use shorter bridging stents. The aortic coverage is also shorter, which is an important factor in reducing spinal cord ischemia.2

In the initial experience with these devices, we have seen a reduction in procedure times, as well as reductions in fluoroscopy time and amount of contrast.

Endovascular repair using fenestrated and branched E-xtra Design Engineering stent grafts appears to be safe and effective based on early to midterm follow-up. Inner branch devices offer a wider application of branched repair in narrower aortic lumens (approximately 22 mm) with flexibility in positioning the endograft (up to 5 mm) and easier cannulation due to the proximity to target vessels together with some room between the oval-shaped exits of the inner branches and the target vessels.

We can combine fenestrations with outer and inner branches in the same graft, so we can offer a better tailor-made solution for these complex aortic procedures. This is a promising technology, but long-term data should be obtained to validate the outcomes and performance of these devices.

Next on the Neurointerventional Horizon