Case Study: Navigating BTK Revascularization in the Epicenter of a Pandemic

A 77-year-old woman with a history of diabetes mellitus, hypertension, and hyperlipidemia presented to her podiatrist with a history of a medial heel wound and was referred for revascularization. Due to concerns of COVID-19, she delayed seeking treatment until she had experienced progressive pain for nearly a month. Although revascularization is considered an essential hospital-based procedure during the ongoing pandemic, she was treated in our outpatient facility in northern New Jersey. 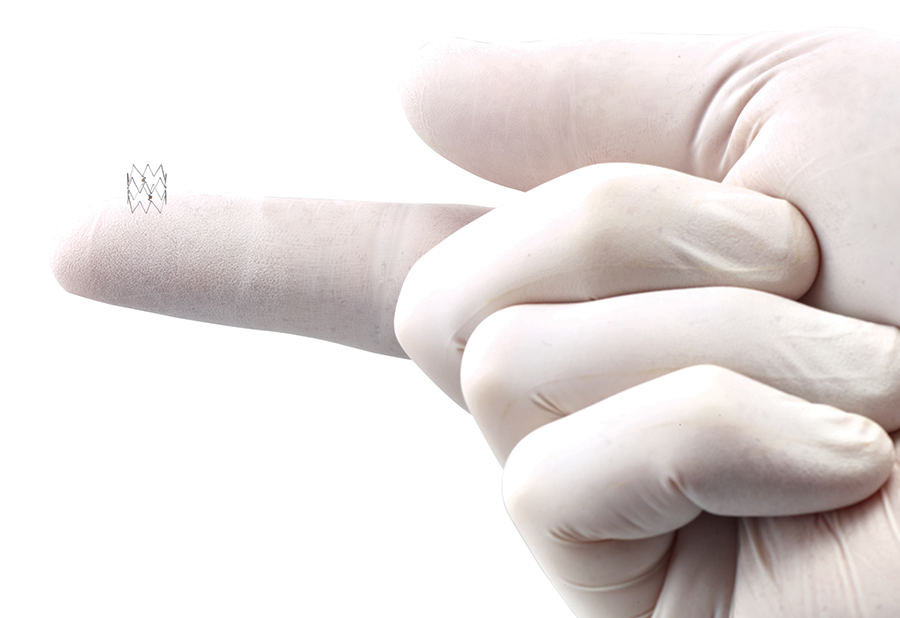 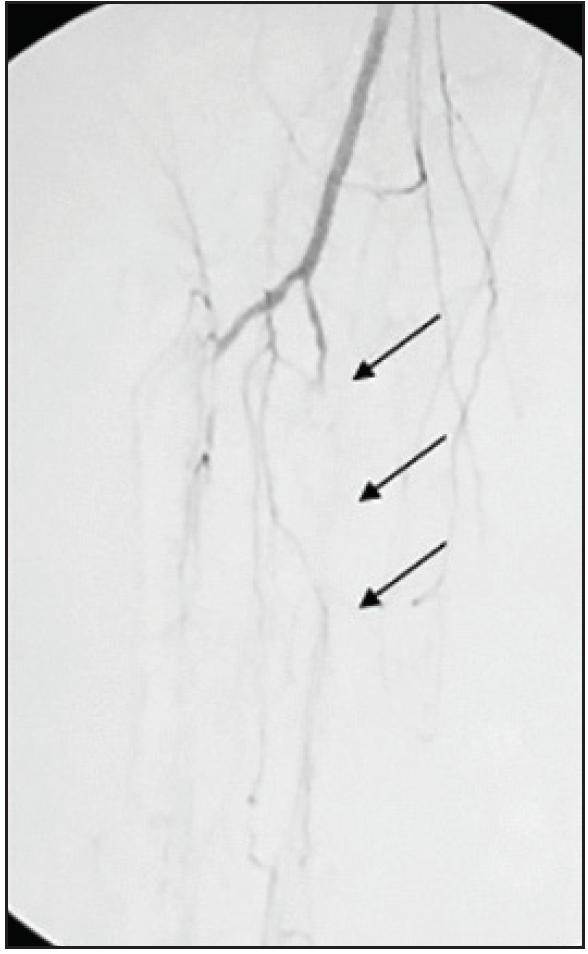 Postangioplasty angiography revealed a severe spiral dissection (Figure 2). We decided to treat the dissection with the Tack Endovascular System® (4F) (Intact Vascular, Inc.), which was recently approved by the FDA for post-PTA dissection repair. The Tack Endovascular System contains four 6-mm implants preloaded onto a 0.014-inch guidewire-compatible catheter. These Tack® implants treat a range of vessel diameters from 1.5 to 4.5 mm, allowing for individualized treatment in multiple BTK vessels of varying diameter with a single delivery system. Before FDA approval, the off-label use of a coronary drug-eluting stent would have been the treatment of choice. 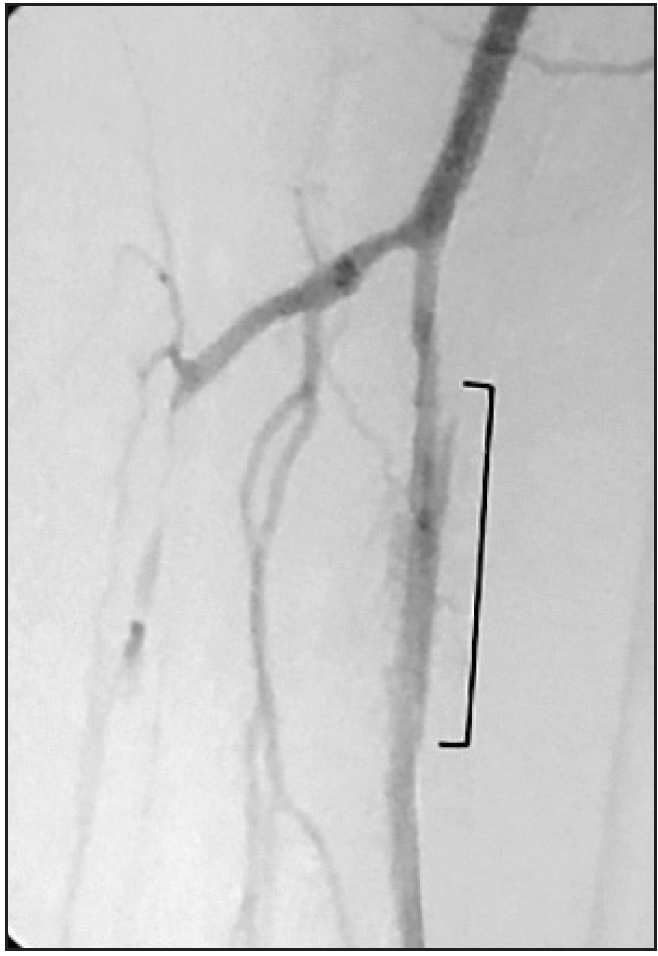 To place the Tack implants, lines were drawn on the fluoroscopy screen to mark the intended treatment sites (Figure 3); a radiopaque ruler or roadmap overlay could also be used to plan deployment. In the case of spiral dissection, it has been my practice with the above-the-knee 6-F systems (3.5–6.0 and 4.0–8.0 mm) to place one Tack at both the proximal and distal edges and place additional Tack implants between them. 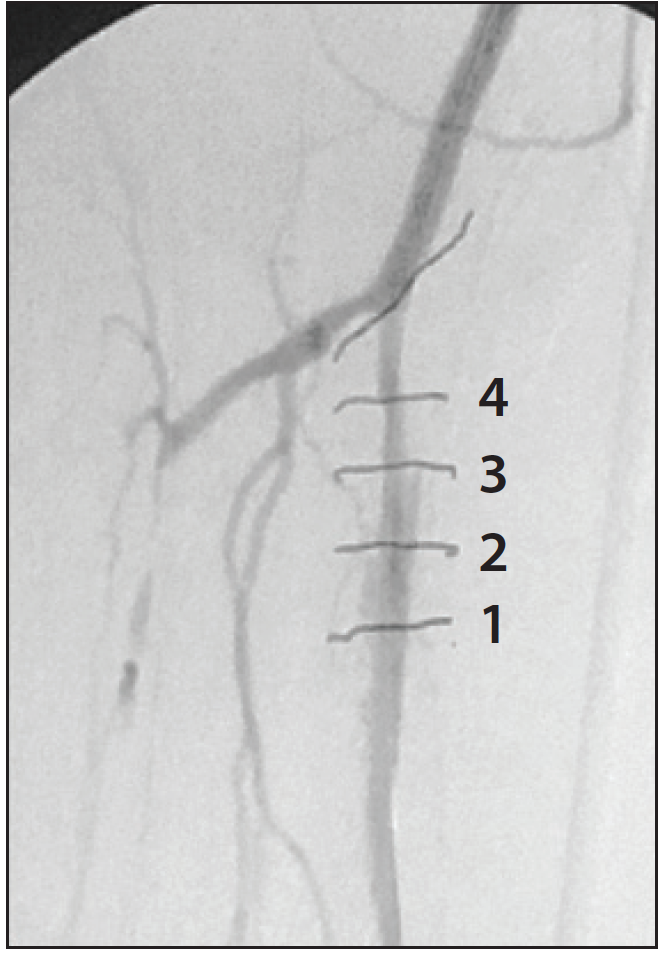 Four Tacks were placed in the proximal posterior tibial artery, beginning with the distal implant and working proximally (Figure 4). The Tacks were deployed using a careful pin-and-pull technique. After deployment, we performed postdilation with a short-length balloon and low pressure to avoid creating additional dissection. 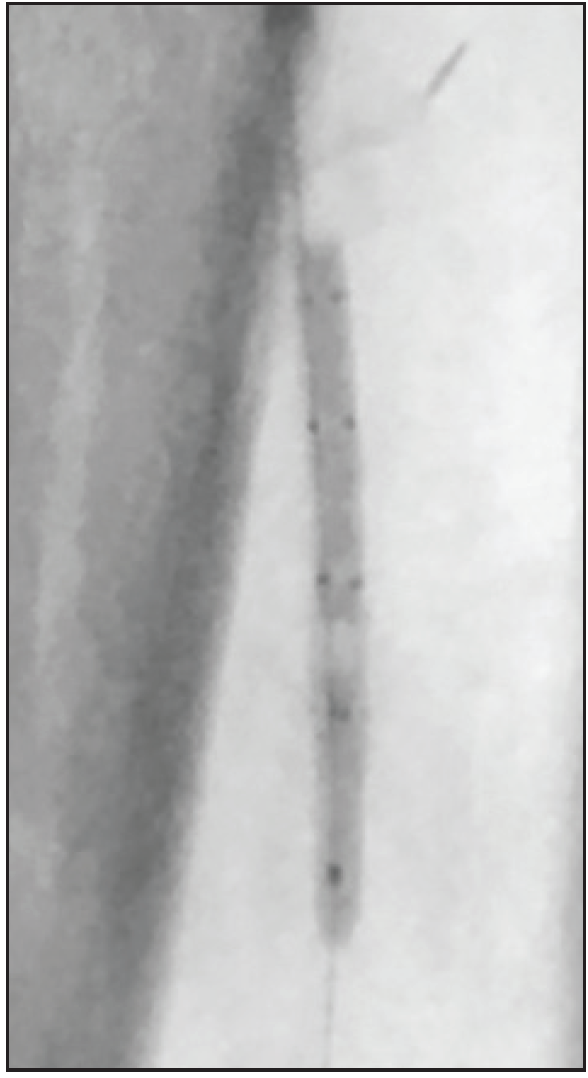 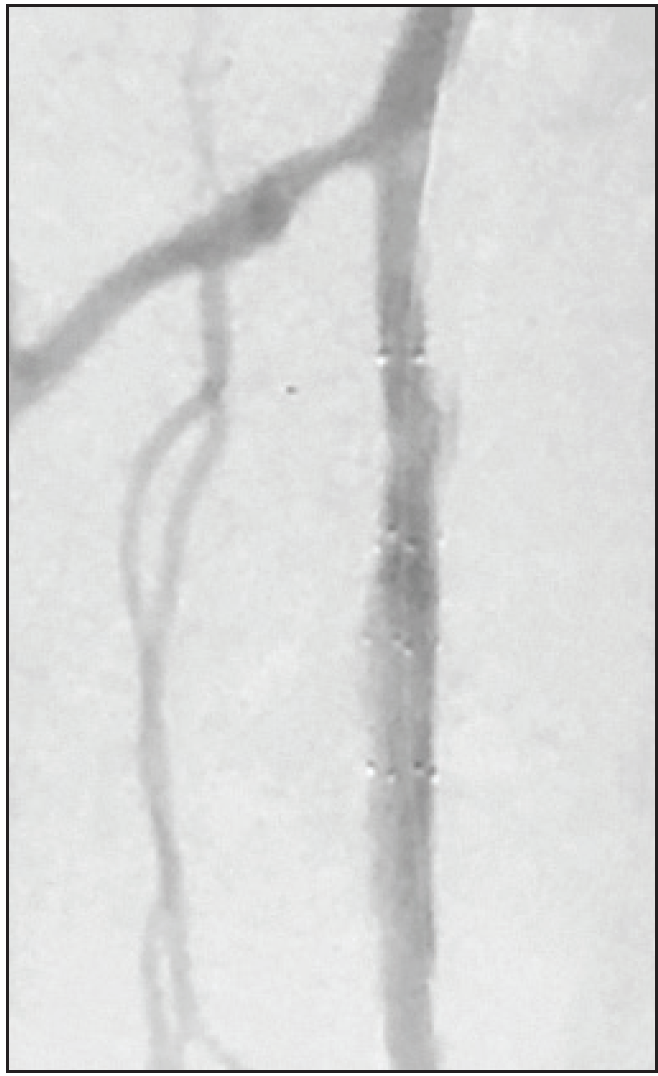 In the midst of the COVID-19 pandemic, both in timing and geography, the delayed presentation of this patient could have led to limb loss. We believe in targeted intervention to allow the greatest chance for clinical resolution and to lower the chance for hospitalization. Optimizing angioplasty with the Tack Endovascular System allows us to be more aggressive in our efforts to maximize lumen gain for wound healing.