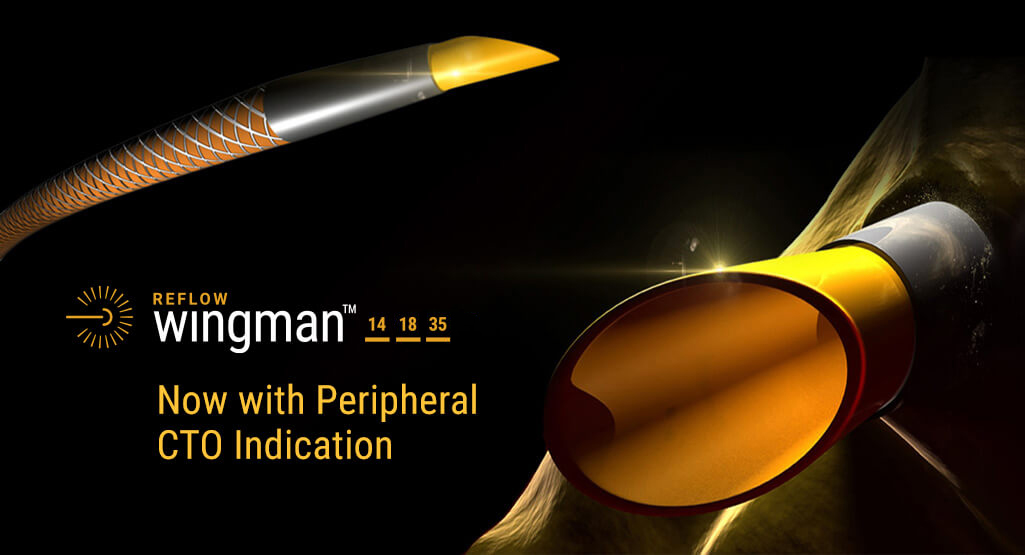 PMDA approval in Japan was supported by the Wing-IT CTO clinical trial, a prospective, international, multicenter study that treated 85 patients and followed them for 30 days. In March 2020, Reflow announced FDA clearance of the Wingman crossing catheter for the expanded CTO indication after completing the Wing-IT clinical trial.

In the study, which commenced in 2018, the Wingman catheter demonstrated a 90% crossing rate after up to two previous guidewires could not cross the CTOs, meeting the trial’s primary safety and efficacy endpoints.

“Reflow Medical focuses their efforts on developing technologies based on physicians’ needs,” commented Dr. Laird in the company’s announcement. “We rely on Reflow for real clinical evidence when utilizing the technology.”

The Wingman catheter is designed to cross peripheral CTOs using an extendable beveled tip. The physician controls the advancement and activation of the tip to create a channel to help penetrate the occlusion with a guidewire, enabling further treatment of the lesion with therapeutic devices. The catheter is compatible with the physician’s preferred guidewire and procedural technique, advised the company.