A 77-year-old man presented to our institution with recurrent critical limb ischemia (CLI). He had diabetes, hypertension, dyslipidemia, and chronic renal failure (creatinine, 1.5 mg/dL) and had undergone a previous transmetatarsal amputation that was not healing. Imaging revealed multiple stenoses in the superficial femoral artery (SFA), including a medium occlusion in the distal SFA, heavy calcification, and a Texas University class 3D lesion in the previous amputation (Figure 1). The pedal artery and tarsal branch were identified, but there was no direct outflow to the foot. There was occlusion of the anterior and posterior tibial arteries, with only one-vessel runoff (the peroneal artery). 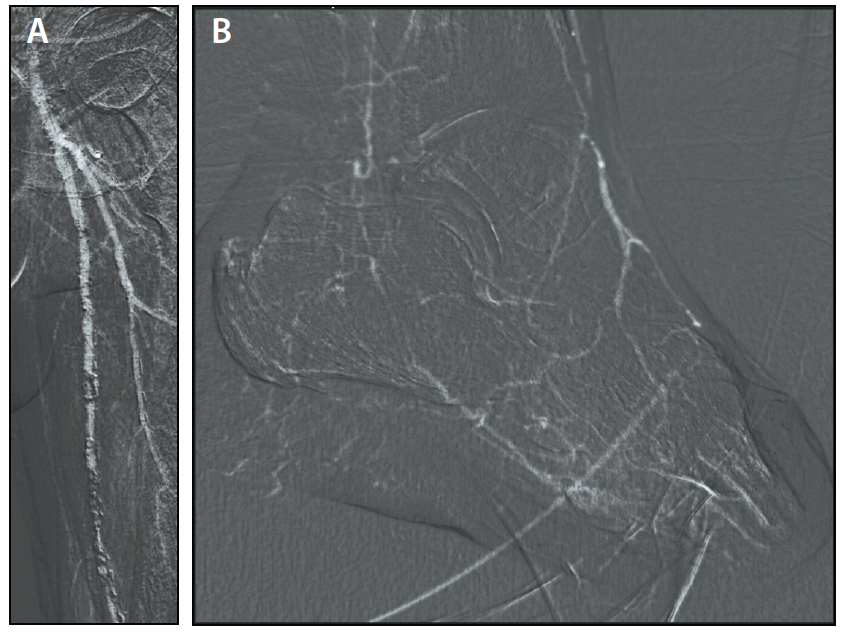 Figure 1. Multiple lesions were identified in the SFA, as well as occlusion of the anterior and posterior tibial arteries (A), and a Texas University class 3D lesion in the previous amputation (B).

Antegrade access was achieved via the common femoral artery. Balloon angioplasty was performed using a 5- X 200-mm semicompliant balloon with a prolonged inflation and increased pressure after 1 or 2 minutes, followed by a 6- X 200-mm balloon. This allowed opening of the artery, but there was recoiling, and due to the calcification, much of the plaque remained unmodified. To fix the dissections and improve the recoiling, it was decided to place three Pulsar®-18 T3 nitinol self-expanding stents (BIOTRONIK) because of the 4-F low-profile, low metal burden, and precise triaxial deployment system. First, we placed a 7- X 150-mm stent to save the collateral, and it was very well expanded. A second 7- X 150-mm stent was placed to cover the proximal plaque before a final 7- X 100-mm stent. After postdilatation, there was a very good result, and even in the curved area of the vessel, the stent performed well (Figure 2). 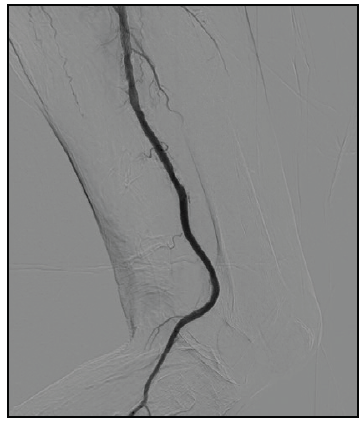 Figure 2. Three Pulsar-18 T3 stents were placed in the SFA and proximal popliteal artery, which performed very well even with flexion of the knee.

A 4-F catheter was deployed with an 0.018-inch V-18 ControlWire guidewire (Boston Scientific Corporation) to cross the anterior tibial artery and reach the foot, but it was challenging to arrive in the arch because of the diseased pedal artery. The wire was exchanged for a 0.014-inch Hi-Torque Command guidewire (Abbott), and the Carnelian® Support 14 microcatheter (BIOTRONIK) was then used to easily reach the partially occluded arch and engage the lateral plantar artery (Figure 3). Predilatation was performed with a 2- X 40-mm balloon to open up multiple stenoses in the arch, followed by dilatation with a 2.5- X 220-mm balloon of the pedal arteries and anterior tibial artery. Finally, another 2- X 40-mm balloon was used to open residual stenosis in the distal dorsalis pedis and improve the lateral plantar artery. 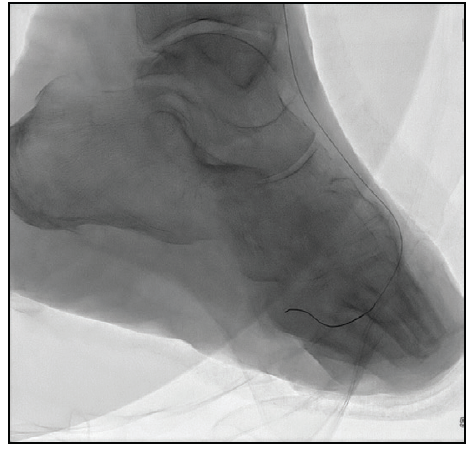 Figure 3. Engagement of the arch using the Carnelian Support 14 microcatheter.

Final angiography demonstrated good inflow and outflow (Figure 4). Perfusion was restored with very nice flow to the forefoot to allow healing of the transmetatarsal amputation and clear blush to the calcaneal region. 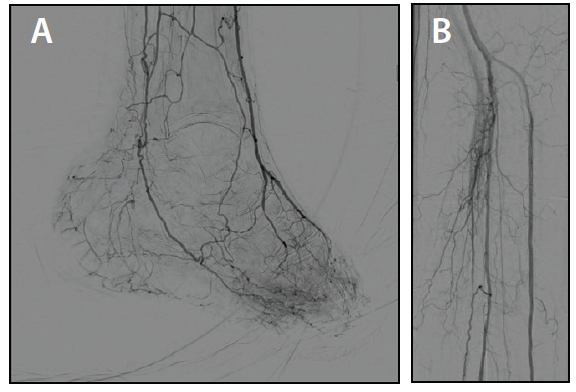 Figure 4. Final result showed antegrade flow in the plantar artery and distal posterior (A) and fast flow in the anterior tibial artery (B).

For patients with CLI, it is not usually enough to open the SFA to guarantee lesion healing. In this case, it was necessary to fix the recoiling with stenting, which achieved a perfect result.