Data show that practicing while pregnant is safe, and common sense techniques will help keep it that way.

It has been over 50 years since the development of endovascular interventions, and during that half-century, more women entered United States medical schools than ever before. Today, women represent half of medical school students, whereas in the 1970s, less than one-quarter of medical school applicants were women.1 Meanwhile, the surgical specialties made great strides in recruiting more talented women to their ranks. In 2013, the percentage of women trainees in orthopedic surgery, neurosurgery, and vascular surgery was 14%, 16%, and 33%, respectively. By contrast, fewer than 10% of interventional radiology and interventional cardiology trainees are female—a tie for the lowest percentage of women among all 41 medical specialties.2 Why might this be? Although the reasons have been not studied in depth, there are several suggestions, among them a challenging work-life balance, lack of female role models, and concerns over exposure to ionizing radiation.3 Our surgery colleagues are no strangers to a challenging work-life balance or a preponderance of male physician leadership, yet more women are entering those fields than ever before. However, the use of fluoroscopy plays a bigger role in the daily life of an interventional specialist than in any other field. Are female trainees choosing the surgical subspecialties out of concern for exposure to ionizing radiation?

Although no one knows exactly what is responsible for the disparity, it is known that radiation fears and misconceptions exist within the medical community. Physicians have been shown to overestimate the teratogenic risks of medical radiation.4,5 Unrealistic risk assessment has implications that are not insignificant, potentially affecting recruitment,5-7 productivity, and career advancements.5,8 Dissemination of misinformation may lead qualified trainees to pursue other fields, draining potential talent. By bearing the responsibility of carrying a pregnancy, female physicians may be disproportionately affected. In other words, the risks of misinformation and undue apprehension are not zero and should be addressed. 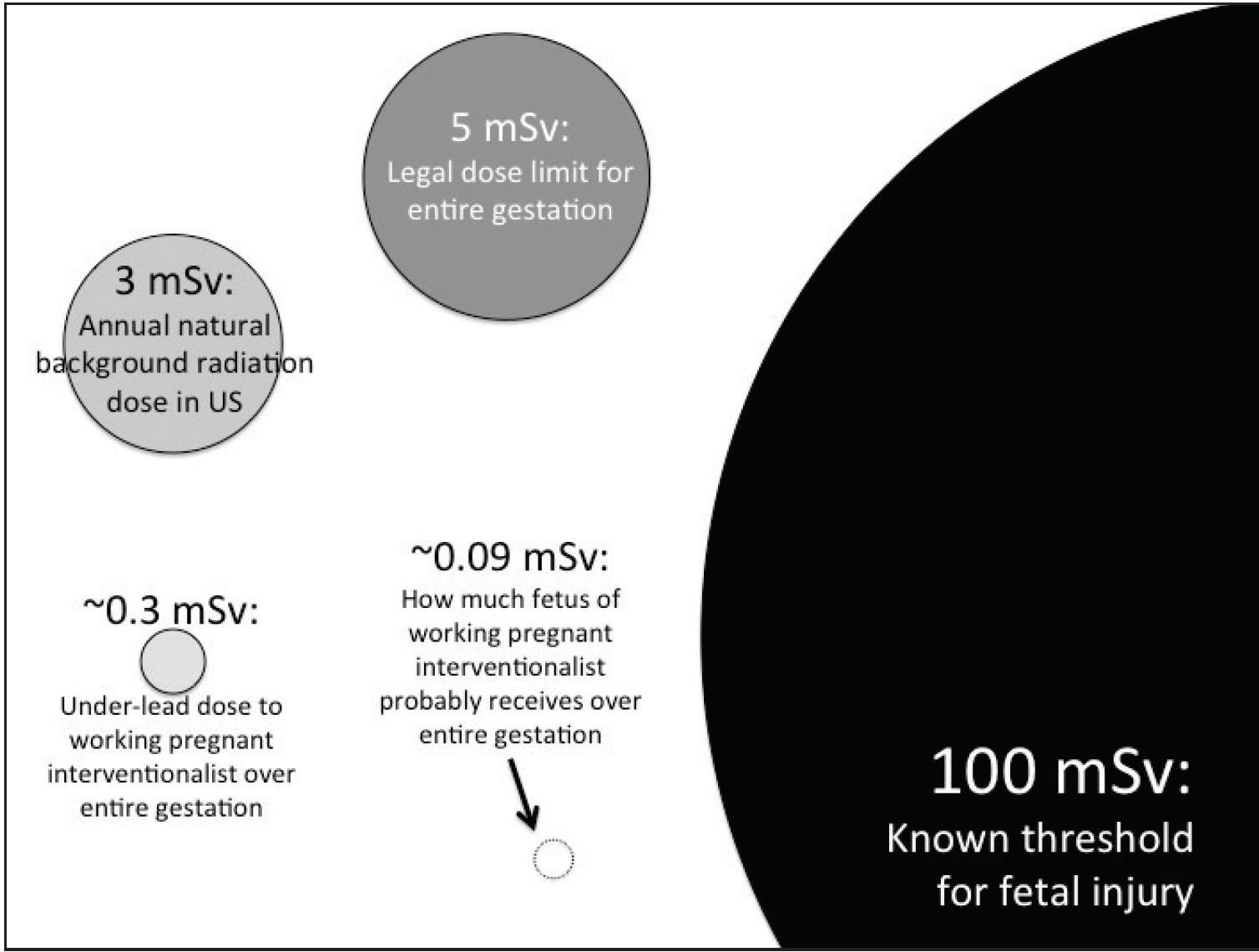 Figure 1. Circle chart comparing relative dose sizes. Quantity (in mSv) is represented by the area of the circle.

Although there is no absolute “safe” threshold dose of radiation, it is critical to understand how actual estimates in medical imaging compare to established legal limits (Figure 1). It is true that the developing fetus is highly sensitive to radiation,9 especially during the first trimester when implantation and organogenesis occur.9,10 However, the scale of exposure from medical imaging is orders of magnitude below known thresholds for individual and fetal injury.3,5,8,11-13 A thorough review of dose limits, dose calculations, and the effects of radiation on various tissues are outside of the scope of this article, but to provide some context, a few figures bear repeating.

The recommended dose limit published by the National Council for Radiation Protection (NCRP) for the fetus of radiation workers over the duration of pregnancy is 5 mSv.14 According to the NCRP BEIR (biological effects of ionizing radiation) data, at baseline without any radiation exposure, the probability of having a pregnancy that results in a child with no childhood cancer or malformation is 95.93%. If the conceptus is exposed to the NCRP limit of 5 mSv, the probability changes by 0.005%—a nearly negligible amount. In fact, it takes a fetal dose of 100 mGy—20 times the established safety limit—to see a 1% change in risk of having a normal pregnancy.5

In reality, it appears that the vast majority of operators and their gestations receive even less than the 5-mSv limit. Over 20 years ago, Marx and colleagues prospectively showed that pregnant operators received 1.3 mSv under lead and only 0.4 mSv when wearing two layers of lead.12 Similarly, Vu and colleagues estimated that the average dose to a working pregnant interventional radiologist for the entire gestation is 0.3 mSv.3 The fetus likely receives much less. Average fetal gestational doses are not directly measurable but can be calculated by multiplying the under-lead dose by a factor taking into account attenuation of that dose by maternal tissues. In a study of over 80 female vascular surgeons, the average fetal gestational radiation dose rounded to zero, meaning the fetus received no more than background radiation.7 This makes sense, considering the small fraction of scatter that penetrates personal protective shielding and the even-smaller fraction that passes unabsorbed through the abdominal wall and uterus of the pregnant operator.

WHAT WE KNOW ABOUT OUTCOMES

Based on these observed and calculated dose measurements, one would expect the incidence of adverse consequences to be very small. Indeed, available data suggest that pregnancy outcomes after exposure to levels encountered in the angiography suite are indistinguishable from outcomes among the unexposed population.

Although no collective database on physician exposure exists, there are outcomes data on another group of female professionals with long-term low-dose exposure to radiation—commercial airline flight attendants, who are exposed to an annual radiation dose ranging from 1 to 5 mSv.15 When adjusted for age, female flight attendants do not experience an increased incidence of spontaneous abortion or congenital defects despite their occupational hazard.16 Similarly, the risk of childhood cancer in the offspring of radiology technologists is no greater than that of the average population.17

Lastly, 2015 survey data on female members of the Society of Interventional Radiology revealed that there were no reported fetal adverse events with known associations to radiation exposure among women who had at least one pregnancy while practicing as an interventional radiologist. The incidence of fetal loss in this group was similar to that of all women aged 30 to 34 years, as well as women with physically demanding professions working > 40 hours per week.18

Comprehensive, evidence-based guidelines have been provided by interventional radiology and cardiology societies.5,19 A list of safety measures and dose reduction tips is shown in Table 1.

Although perceptions of radiation exposure risk remain widespread, close examination of published data reveals that fetal dose from occupational exposure among female interventionists usually remains well below recommended limits and that outcomes are indistinguishable from those among unexposed women. This suggests that female interventionists can integrate pregnancy safely into their careers. All operators should follow common sense measures that decrease doses to patients and operators in accordance with regulatory requirements under the ALARA (as low as reasonably achievable) principle.

In that misinformation and undue apprehension exacerbates stress in a demanding profession, it is imperative that misperceptions surrounding the risks of occupational exposure are addressed. Continued education, open dialogue, and data are needed to help align perceptions and reality with respect to occupational exposure, safety, and risk.

Brain Tumors, Interventionists, and Radiation: How Real Is the Risk?