LEARNING CURVE: HOW MANY CASES AND WHERE TO START

Radial artery catheterization is a safe and effective means of access for a variety of interventional procedures. Several large-scale studies, particularly in the field of interventional cardiology, have shown that radial artery access is associated with fewer access site complications and better patient satisfaction measures than the standard transfemoral approach.1 However, radial artery catheterization has only recently started to gain prominence in the field of neuroendovascular surgery. At Jefferson Hospital for Neuroscience, we have been at the forefront of the transradial approach for neurointerventions, performing more than 2,000 cases so far. There is a learning curve, with a neurointerventionalist needing to perform at least 50 to 100 consecutive cases to start feeling comfortable with this approach. There also needs to be institutional commitment and investment in teaching the team, establishing new protocols, and finding best practices—the transition cannot go smoothly on autopilot.

When I am asked where to start the transition from transfemoral to transradial, my answer is always: “First, you need to be convinced from a clinical standpoint that transradial is the way to go, rather than switching just to follow the trend because it is a hot topic!” During the transition period, I would recommend beginning with diagnostic angiograms, then moving to elective procedures that do not require much catheter support, such as straightforward aneurysm coiling or carotid angioplasty and stenting. From there, move to radial access during elective procedures requiring triaxial support like flow diversion and intrasaccular devices. Lastly, implementation during acute stroke interventions in the posterior circulation and right-sided hemisphere can be attempted, with the final step being acute left-sided hemisphere stroke interventions in a patient with a nonbovine arch (bovine arch is the best setting for the transradial approach because you will not have to shape the Simmons 2 catheter in the arch; the wire will go directly from the right innominate to the left common carotid artery). This gradual introduction is necessary because time is brain, and converting from transradial to transfemoral in stroke should be avoided at all costs because it could be detrimental to the outcome.

PATIENT CANDIDACY: CASES TO EMBRACE AND CASES TO AVOID

By the time the process of transitioning to transradial is finished, nearly all patients should be candidates, as we mention on social media with the hashtags #radialfirst and #radialforneuro. I would encourage everyone to look at the arch whenever a CTA is available to ensure that there is no anatomic contraindication for the transradial approach such as an arteria lusoria anomaly, an extremely tortuous subclavian artery, or a proximal left-sided common carotid artery loop. Always keep in mind the options of the left-sided radial approach and the ulnar approach; these are usually good options if there are potential right-sided radial contraindications. In addition, sometimes the profession of the patient may play a role in the decision. For example, a patient of mine was a professional pianist who did not want me to use a transradial approach; asking patients about their profession may help identify the subset of patients where the transfemoral approach may be preferable.

HOW WE DO IT: ROOM SETUP AND PATIENT COMFORT

It is very important to master the setup of the room, be efficient, have a comfortable arm position for the patient, and keep the room clean, avoiding blood dripping on the floor. We use a dedicated arm board that extends the interventional neuroradiology table to the right side of the patient from the shoulder down to the waist (Figure 1). Then, foam padding is added to build up a platform (Figure 2), and the arm is adducted next to the patient and the wrist is elevated on the platform to be at the same level of the groin. The elevated platform extends lower to the level of the knee, which is the platform where the catheters and microcatheters will rest and be manipulated from (Figure 3). For a snuffbox approach, the patient keeps the hand next to the body in a neutral position with the thumb side of the hand toward the ceiling (Figure 4). For a regular proximal radial approach, the arm is also adducted to the side of the patient, but the hand is in supination with the palm toward the ceiling. For the left radial approach, the arm is placed slightly flexed with the hand in slight supination on top of the left groin.

Figure 1. The arm board.

Figure 2. The padding to form a platform. 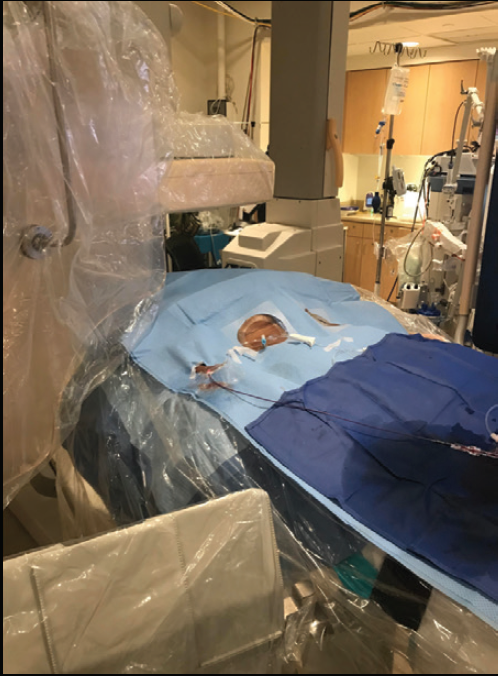 Figure 3. The setup with the catheter. 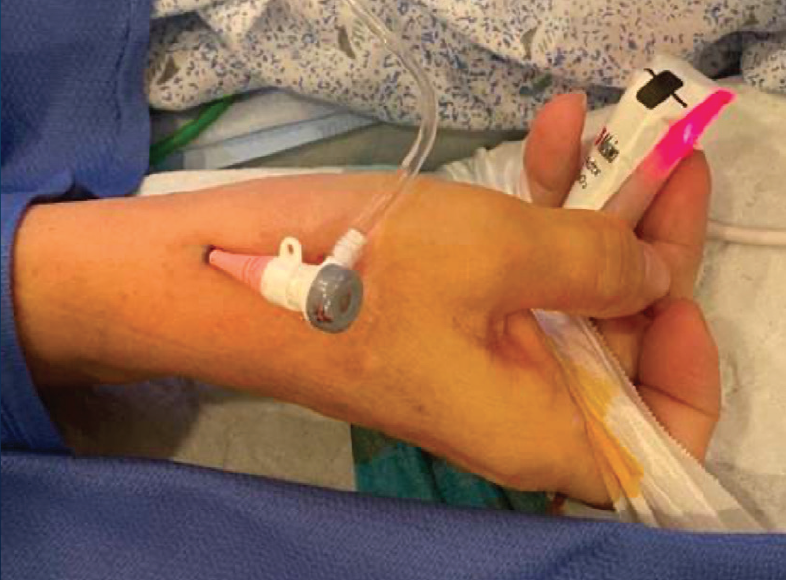 Figure 4. A sheath in the distal radial artery at the anatomic snuffbox.

FROM ACCESS TO TARGET: TIPS AND TRICKS FOR SUCCESSFUL NAVIGATION

Access is always performed with ultrasound guidance. For diagnostic angiograms, a 5-F radial sheath is inserted, followed by a radial cocktail (3 mg of nicardipine, 2,000 units of heparin, and 200 µg of nitroglycerin) given intra-arterially. Then, a 5-F Simmons 2 (our catheter of choice) is advanced over a 0.035-inch Glidewire (Terumo Interventional Systems) under roadmap until above the elbow. The Simmons 2 catheter is then shaped in the ascending aorta, descending aorta, or by bouncing the wire on the aortic valve (Figure 5). The vessels are then catheterized. 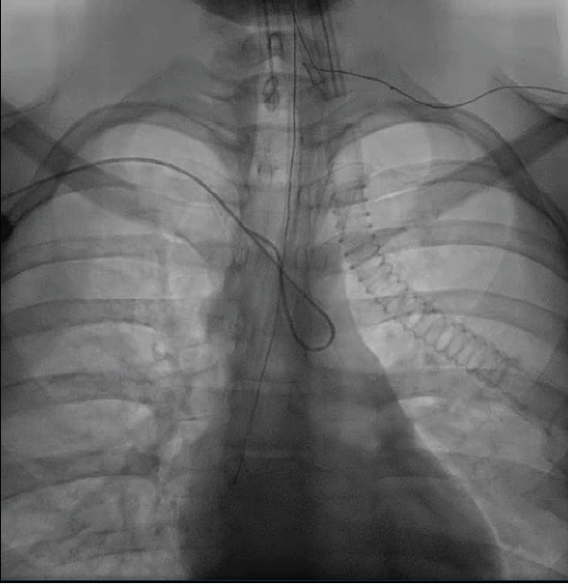 Figure 5. A formed Simmons 2 catheter in the arch.

We divide therapeutic procedures into those that do not need much catheter support, such as simple coiling or carotid angioplasty and stenting, and those involving extra support. In cases without much catheter support, a 6-F radial sheath is inserted and then a 5-F Simmons 2 is inserted inside a 6-F guide catheter in a telescoping manner, before both are advanced over the 0.035-inch Glidewire under roadmap until above the elbow. Subsequently, the Simmons 2 is shaped and the target vessel is catheterized (Figure 6) and the guide catheter is advanced in the target vessel over the Simmons 2 and the Glidewire. 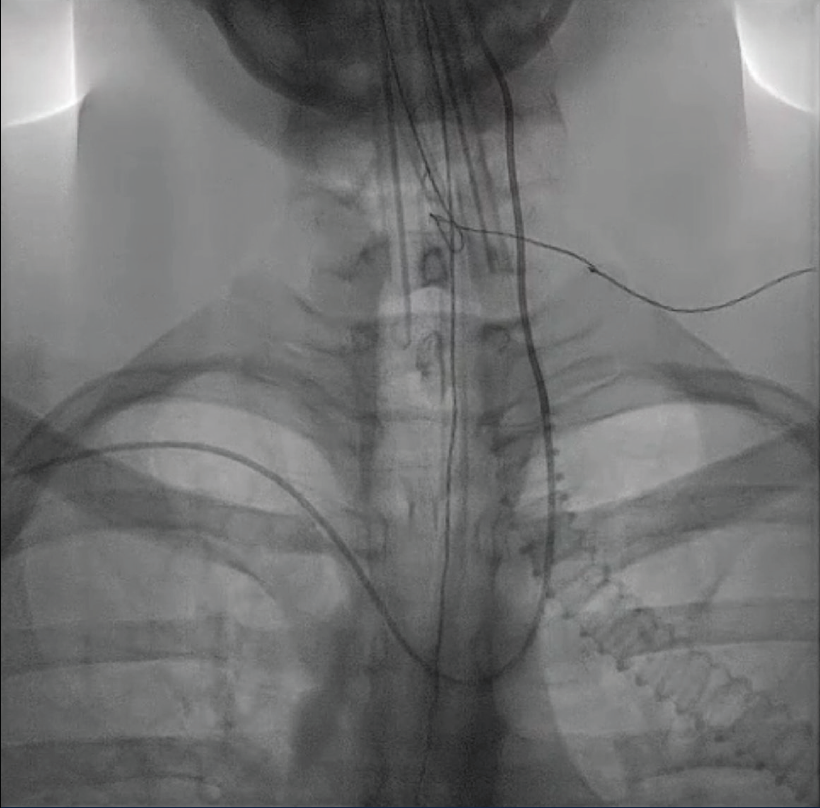 Figure 6. A catheter crossing from the right subclavian to the left internal carotid artery.

In cases where extra support is needed (eg, acute stroke interventions, flow diversion, or intrasaccular devices), a 7-F radial sheath is inserted, the radial cocktail is given, then the radial sheath is exchanged over a 0.035-inch Glidewire for an 0.088-inch, 90-cm sheath. Inside of that, a Simmons 2 is inserted, the target vessel is engaged, and the long 0.088-inch sheath is advanced over the Simmons 2 and Glidewire. The Simmons 2 and Glidewire are then removed and a preferred intermediate catheter is inserted.

After the procedure is done, the sheath is removed and a radial band is inflated over the puncture site (Figure 7). The band is inflated while the sheath is being pulled once we do not see any bleeding. The band is deflated until we start seeing some bleeding, at which time 2 mL of air is injected to avoid overinflating the band that could cause a delayed radial artery thrombosis. If we encounter resistance pulling or pushing the catheter, spasm should be suspected and the catheter should not be forced. Instead, sedation should be deepened and calcium channel inhibitors are given intravenously or via the catheter; the next stage is to inflate a blood pressure cuff around the arm for 5 minutes to create ischemia, after which there will be reactive vasodilation that resolves the spasm and releases the catheter. 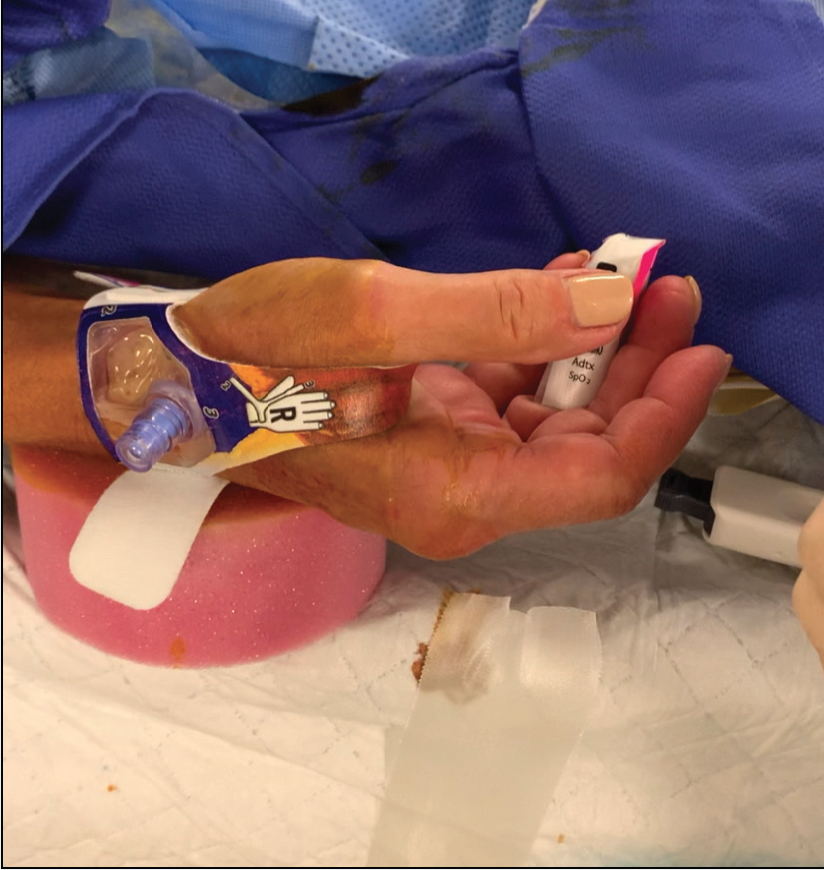 Figure 7. The snuffbox inflatable band in place after sheath removal.

Unfortunately, all transradial interventions are done using catheters originally dedicated to the transfemoral approach, so sometimes we struggle and try our best with what we have. There is a huge need for catheters dedicated to the transradial approach, with different transition zones to prevent herniation into the arch especially when catheterizing the left-sided internal carotid artery. We need a hydrophilic-coated long sheath that would slide sheathless and track up to the target vessel. We also need a low-profile long sheath with a thin wall.